The 4th Anniversary Countdown Event will be held from 8/29~9/2! Clear the challenges in this daily quest to get rewards like Tier 9 Kyroo and Chip & Dale SP medals.

Login Bonus: Claim a special login bonus from your gift box on 9/3.

Scenario Event 'Keyblade War': The first of three episodes launches on 9/3! Relive the story of Keyblade wielders thrust into this inevitable fate in this long-awaited scenario event!

Episode 2 will be held from mid-late September.
This is available as an event quest, which can be accessed upon clearing main quest No. 14.

Comeback Campaign: Get draw tickets depending on how many login days you've achieved by 8/29 at 15:00.

Ticket Draw is available from 8/30~9/30. Use the tickets you've earned from the 4th Anniversary Comeback Campaign to get free medals!

Ranking Announcement: We'd like to express thanks to everyone that's been playing KHUX so far with 10 types of ranking rewards offering special titles. 1st~5th place winners will also receive a set of 12 Chirithy zodiac postcards!

Values have already been tallied.
Rankings up to 10th place will be announced in a notice on 9/3.

The 1 million jewel lottery makes a return from 9/3~9/30! Get special medals by accomplishing Daily and Weekly Party Missions. The more medals you earn, the more chances you have of winning, so try your best!

Results will be announced in early October.
More details will be available in a notice on 9/3.

Special rewards for the 4th anniversary will be available during Luxury Reward Week from 9/23~9/29!

[Solo Lux Rankings] 1st~5th place in each Union will receive a special postcard depicting the winner's avatar! The 1st place winner will have their postcard signed by Tetsuya Nomura.

Designs will be revealed at a later date.

[Party Lux Rankings] 1st~5th place in each Union for party rankings will receive an exclusive title and Union title plate.

New Heartless: Leviathan & BIG Bonus Challenge will be held from 9/23~10/3!
A new Heartless 'Leviathan' appears! Defeat it to earn up to 5000 jewels!

Special 4th anniversary avatars will be available from 9/6~9/30!

The Tsum Tsum collaboration returns from 9/16~9/22! These 4 popular medals will be reprinted and updated!

The Heartless Tsum raid boss will also make a return during this time.

Follow @KHUX_PR and RT their tweet for a chance to win a prize each day! Check the replies for results.
In addition, Draw Tickets will be given to all participants.

Medal Synthesis Campaign is held from 8/30~9/16! During this period:

Thanks for updating with all these exciting info Sign.

Those avatars look really crazy, I think I'll get them both. All in all this seems like a great anniversary, like always, I'm super excited for Nomura's drawing.

The boy outfit is so silly. 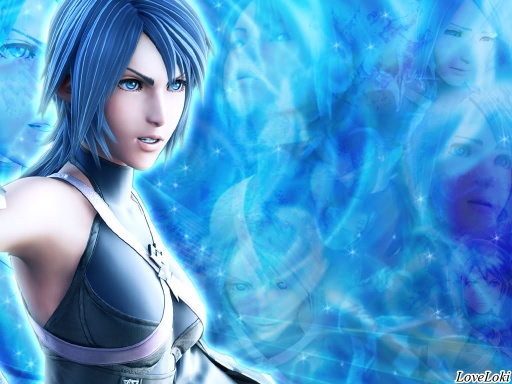 Love the female avatar outfit! Just the hairdo alone is worth it! Ha. Hope we get these in Global.

BTW, what happened to the English updates?

Leopardess said:
Love the female avatar outfit! Just the hairdo alone is worth it! Ha. Hope we get these in Global.

BTW, what happened to the English updates?
Click to expand...

Faemarch became too busy. We haven't brought on anyone else to take over, and I do so much already and really cannot take on all UX coverage on my own ;-;

Thank you for keeping us updated on the Japan updates. We can usually depend on most of the same updates for Global.