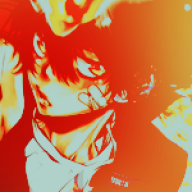 What the heck is a Premi? · 29 · From Palace of Keys, Kingdom of Rebels