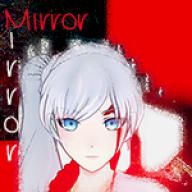 Fear the Mist · From Shifting through the spaces like only Mist can.