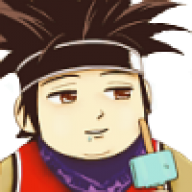 New member · 26 · From between light and darkness