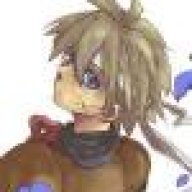 New member · From Can you say vacay on Radiant Isle, and I'm growing