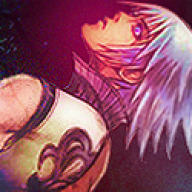 Dream.Drop.Distance. · 26 · From The realm of Sleep