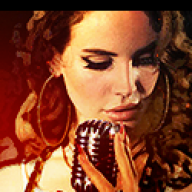 For the glory of the hunt · From The Last Best Place