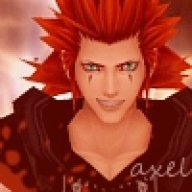 New member · From Behind You